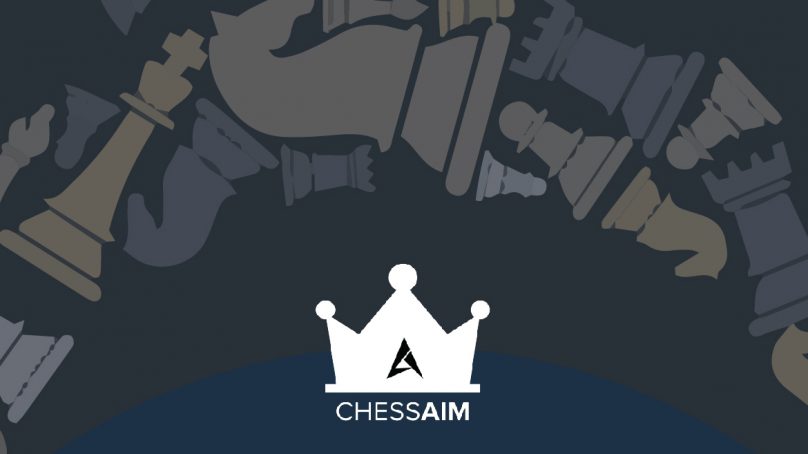 Just translate that title literally. I understand that they are talking about an opportunity given to the players to see the king and simply go for the kill; that’s it, Period. Chessaim is a real-money gaming app that allows you to multiply your money if you can win the game.

The design of the game is simple but not just black and white. The designers have used patterns and shades of maroon on the home screen to move out of the cliched colour choices in chess playing apps. This is much welcomed since people only seem to associate chess with black and white. The overall in-game design of Chessaim also has a classic feel to it as standard and classic figured chess pieces are used.

Chessaim offers a fair user experience with just one clear and clean CTA (call to action). There really isn’t anything else to do in the app. The menu is also neatly summed up in two buttons of home and more, making it easy for the user to navigate. The banners in the app show information about the winnings that can be made by playing the game.

This is a different game than what you usually expect from a chess game. So, if you think that you are good at chess, then this one’s for you. This game gives you chess puzzles, much like challenges, and sets a timer for you to think and perform under pressure. The player has 1 or 2 moves to achieve a checkmate. If you can do so in the given time, then you score points. The players can also score negative points if they make wrong moves or cannot perform the checkmate—three points for a correct checkmate and minus points for incorrect ones. The person having the highest score at the end of the time succeeds.

Users can double their money by playing the game and choosing the amount of the bet they want to play.

The app’s concept is good and offers fine chess puzzles for those who think they are good at chess. So if you have someone who claims to be good, this app could act as a good test. It offers a fair execution and an appropriate user interface and experience.